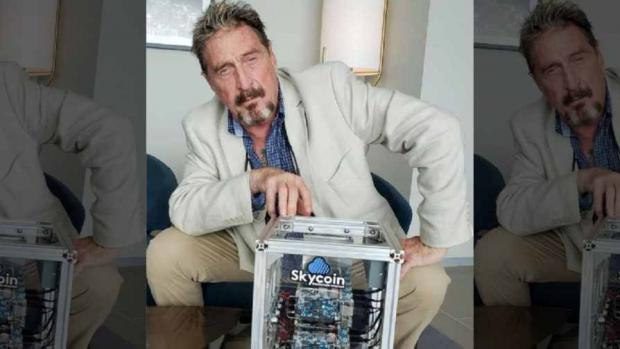 A little over a year after former tech guru (and one-time presidential candidate) John McAfee was arrested in the Dominican Republican (aboard a yacht carrying high-caliber weapons, ammunition and military-style gear), and two months after a "fake arrest" for wearing a thong mask...

... on Monday the eccentric millionaire was arrested - this time for real - in Spain, where he is awaiting extradition to the US after he was charged with tax evasion by federal prosecutors who allege McAfee hid cryptocurrency, a yacht, and real estate as part of a conspiracy to evade taxes, which he forgot to pay from 2014 to 2018.

At the same time the SEC also charged the former programmer for promoting investments in initial coin offerings (ICOs) to his Twitter followers without disclosing that he was paid to do so. McAfee's bodyguard, Jimmy Watson, Jr., was also charged for his role in the alleged scheme.

McAfee's last tweet is from September 12, in which he explained why he is not voting for anyone: "Why would I choose one person over another to control me? Slave masters are the same. We are numbers rather than people, irrespective of the master."

Who am I voting for?

Why would I choose one person over another to control me?

Slave masters are the same.

We are numbers rather than people, irrespective of the master.