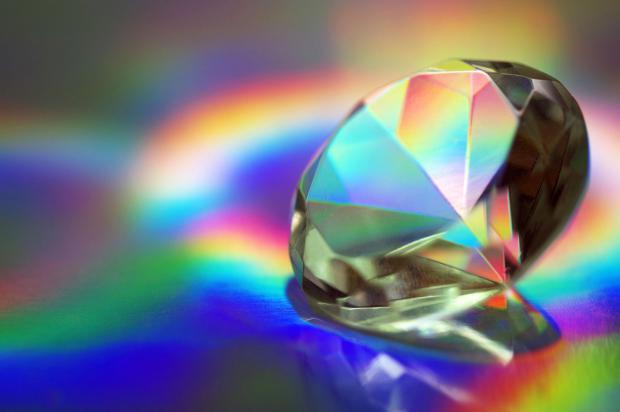 A lot of people felt some of NDB's claims were outrageously false, contravening the laws of physics and vastly overstating the capabilities of a device that was already well understood.

To briefly recap, the device in question is what NDB calls the nano diamond battery. This is also known as the nuclear diamond battery, a technology first developed at the University of Bristol. The concept is this: you take particular types of nuclear waste from nuclear power stations – specifically parts of the graphite moderators and reflectors that have been exposed to fuel rod radiation and that have themselves become radioactive in the form of carbon-14.

Carbon-14 is a reasonably safe type of nuclear waste; it emits mainly beta particles, or high-energy electrons, and these don't get far or penetrate into skin. These electrons can be harvested to produce electricity, and instead of placing a collector near the sample, the Bristol team discovered it's possible to convert that carbon-14 into a diamond form.

A carbon-14 diamond, it turns out, can basically generate and collect charge in one spot, greatly reducing the loss factor experienced if those beta particles have to travel any distance. It's also an excellent heat sink, and diamond's ultra-rigid structure and unbeatable hardness also gives you a high degree of mechanical safety because very little can break it.

The next step is to stack up lots of these carbon-14 betabatteries into cells, which could provide a constant power output. Where high power discharge is required, each cell could be accompanied by a small supercapacitor. The C14 diamond will fill up the supercapacitor with a trickle charge lasting potentially thousands of years, and the supercapacitor could offer an excellent quick-discharge capability due to its high power density.