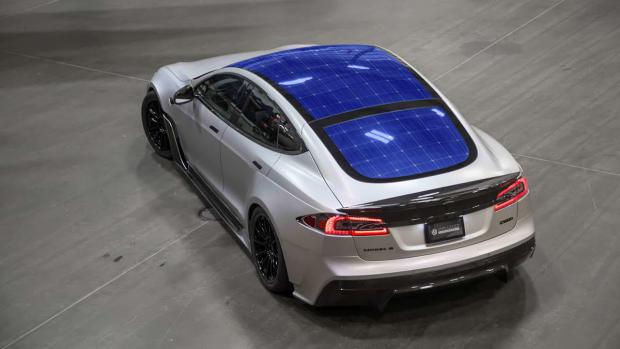 A self reliant, solar car that's not dependent on the power grid could recharge sustainably from anywhere you dare to venture.

So, have you ever wondered about bolting solar panels on your Tesla? And why don't all electric cars come equipped with solar panels for a sleek charge-on-the-go solution? In fact, with improving solar technology and clever ground-up engineering, a few self-charging solar cars are just at the point of coming to market. In this video we'll delve into the practicalities of solar power for vehicles and have a look at some of the early adopters of this emerging technology.

In 2017, Elon Musk suggested that Tesla would offer optional solar tiles on the roof of the model 3, but later retracted the statement. This was Elon Musk's idea in 2017 – that car roofs are small and inefficiently angled platforms for viable solar installations, and charging from a home solar installation made more sense. You could even charge at night on stored solar and cheaper off peak electricity. However, Elon might have changed his mind, confirming that the Cybertruck will offer a solar roof option on the truck's bed.

To understand if a solar car could really work, we need to find out how much solar energy the surface of a car can capture, and how much range that energy will provide under realistic driving conditions.