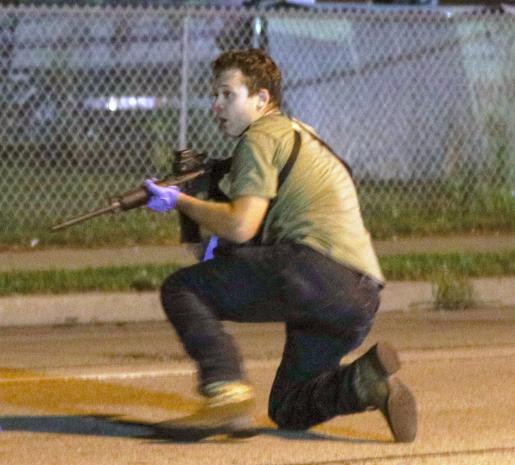 Attorneys for Kenosha gunman Kyle Rittenhouse have announced they plan to sue Joe Biden and his campaign for libel after the presidential candidate tweeted a video suggesting the teenager is a white supremacist.

Lin Wood, who is representing the 17-year-old shooter, on Wednesday said he is taking steps to demand a formal 'public retraction' from the Biden/Harris campaign shortly after the former VP shared the clip.

The 50-second video showed a mashup of scenes from white supremacist rallies and far-right groups across the country as debate moderator Chris Wallace is heard asking Trump if he is willing to condemn the racist organizations.

The clip also includes a shot of Rittenhouse holding a rifle during the Kenosha protests, where he is accused of fatally shooting two demonstrators.

'There's no other way to put it: the President of the United States refused to disavow white supremacists on the debate stage last night,' Biden said.