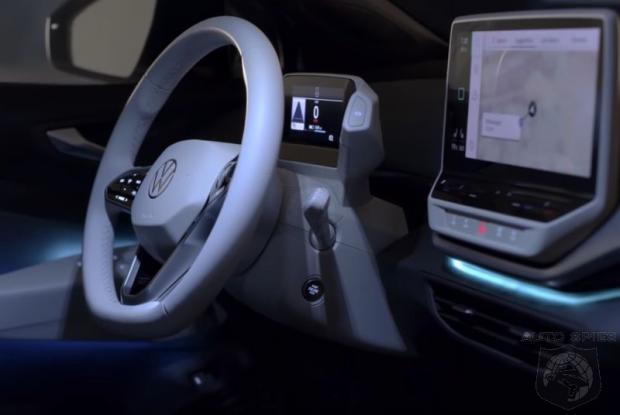 Volkswagen officially launched its all-new fully electric ID.4 crossover. Many say it's the first true Tesla rival thanks to its ground-up design, impressive range, roomy accommodations, and potential for huge global sales. Others don't see it as a vehicle that has what it takes to compete with the Tesla Model Y. What gives?

There are two extreme cases when it comes to Tesla fans. Those who are excited about pushing the transition to EVs and encourage healthy competition. They can't wait for new and compelling electric vehicles to arrive. even if they're not made by Tesla. On the other side, there are Tesla fans just waiting for the next Tesla rival to come to market so they can work to prove how inferior it is to Tesla. Of course, there are many folks who fit somewhere in the middle.

As Tesla owners see competitors like the ID.4 for the first time, they can certainly talk about how it doesn't hold a candle to any Tesla in regards to performance, not to mention Autopilot and key software advancements. However, with the ID.4, it's hard to argue with its design, price, and range. If you don't need an EV that wins at the drag strip, which most people don't, the ID.4 is quite impressive based on most specs and metrics.

Tesla owner and fan Cleanerwatt gives us his first impressions about the Volkswagen ID.4. Then, he goes through an in-depth comparison of seven key features to see how it stacks up with the Model Y.  He even gives it an overall score. The question here is, "Is this a fair analysis overall?" Is Cleanerwatt giving the ID.4 the credit it deserves or simply focusing on how it fails when compared to Tesla?

Check out the video to answer the above questions. Then, leave us your "fair" comparison in the comment section below.