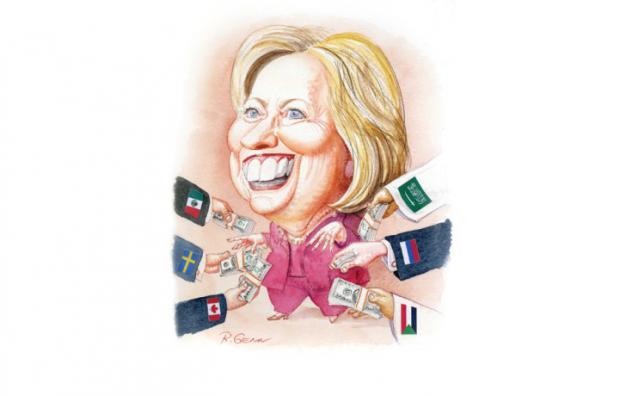 (Natural News) After Hillary Clinton left the Obama regime in 2013 as secretary of state, rumors began flying almost immediately that she was lining up second bid for the Democratic presidential nomination.

Time, of course, would prove those rumors to be accurate.

In the interim period between the time she left the Obama administration and Election Day 2016, the foundation she began with her president husband and serial philanderer Bill Clinton brought in money — a lot of it — and from some very questionable (as in foreign) sources.

Because not everyone at the FBI and Justice Department are criminals and deep state sycophants hungry for power, a number of these transactions were examined by the bureau.

Nothing, of course, ever came out of those investigations — and now we know why: Hillary Superfan James Comey was the FBI director and Loretta Lynch was the attorney general. No way was 'Obama's successor' and 'the first woman president' going to be ensnared in anything as sordid as allowing foreign governments to buy access to the 'new administration' couched as 'donations' to a 'charity.'

But there's a new sheriff in town — AG Bill Barr — and he's in command of a team of law-and-order career prosecutors and FBI officials who really don't have a political dog in the fight and who want to do the jobs they swore an oath to do, regardless of who sits in the Oval Office.