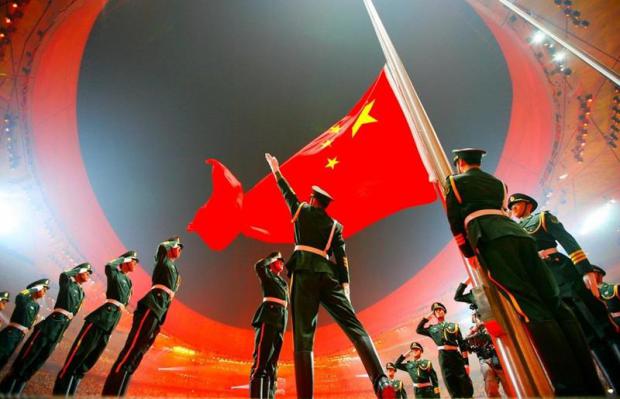 It took one minute for President Trump to introduce a virus at the virtual 75th UN General Assembly, blasting "the nation which unleashed this plague onto the world".

And then it all went downhill.

Even as Trump was essentially delivering a campaign speech and could not care less about the multilateral UN, at least the picture was clear enough for all the socially distant "international community" to see.

As he stressed the importance of the UN, Xi could not be more explicit that no nation has the right to control the destiny of others: "Even less should one be allowed to do whatever it likes and be the hegemon, bully, or boss of the world ."

The US ruling class obviously won't take this act of defiance lying down. The full spectrum of Hybrid War techniques will continue to be relentlessly turbo-charged against China, coupled with rampant Sinophobia, even as it dawns on many Dr. Strangelove quarters that the only way to really "deter" China would be Hot War.

For perspective, it's always very instructive to compare military expenditure. Last year, China spent $261 billion while the US spent $732 billion (38% of the global total).

The important point was expressed by President Xi when he said that no nation has the right to control the destiny of others. The point is that behind the scenes, the nations are already joined as one nation of the world. And it isn't the puppet UN that controls. Rather, it is the world banking system, that operates through the Foreign Currency Exchange (Forex), which transfers funds back and forth between nations to the tune of $5 trillion a day. But the Forex is seen by anybody who wants to take a look. Is there something that is even deeper that controls the Forex but is entirely hidden from the eyes of the people?