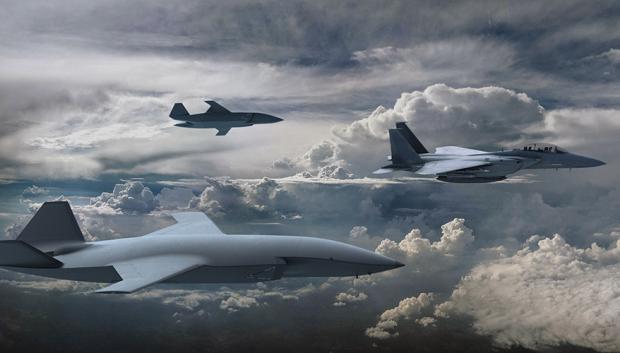 The "Skyborg" program is one of the service's top science-and-technology priorities under the "Vanguard" initiative to deliver game-changing capabilities to its warfighters.

The aim is to acquire relatively inexpensive, attritable unmanned aircraft that can leverage artificial intelligence and accompany manned fighter jets into battle.

"I expect that we will do sorties where a set number are expected to fly with the manned systems, and we'll have crazy new [concepts of operation] for how they'll be used," Assistant Secretary of the Air Force for Acquisition, Technology and Logistics Will Roper said during an online event hosted by the Mitchell Institute for Aerospace Studies.

The platforms might even be called upon to conduct kamikaze missions.

"I expect that the [human] pilots … will decide, does the Skyborg return and land with them and go to fight another day, or is it the end of its life and it's going to go on a one-way mission?" Roper said.

A suicide mission might be appropriate if there's an opportunity to hit a "lucrative target" that would justify the cost of losing the drone, he explained. "That's what I love about them — their versatility and the fact that we can take risks with them" that the military wouldn't be willing to take with human pilots.