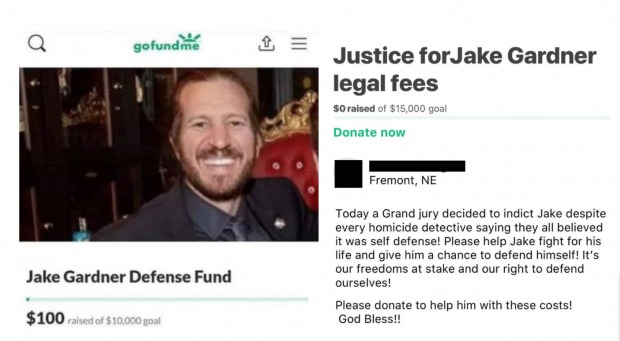 — hoisting an office chair and hurling it into two computer monitors, then ripping a phone from a desk and throwing it against the wall, as his friend shattered another monitor — all of which was captured on video.

Nearby, Jake Gardner, an Iraq War veteran and Trump supporter, was keeping watch over the two bars he owned, The Hive and The Gatsby, aided by his 68-year-old father and a security guard. The peaceful protesters soon made their way to Jake's bar, where they hurled a street sign through The Hive's plate-glass window. He and his father rushed outside to prevent the peaceful protesters from storming his bar.

Scurlock's friend, catching his wind after smashing computer monitors, knocked Gardner's father to the ground. (It's on tape.) Or as CNN's Madeline Holcombe put it: "An unidentified man can be seen pushing Gardner's father." Gardner rushed to help his father, then backed away toward the bar, lifting his shirt to show the protesters he was armed, and telling them to move along. Again, it's all on tape. Murmurings can be heard from the crowd: "That (expletive) got a gun" and "It's not worth it (expletive) you stu–,"