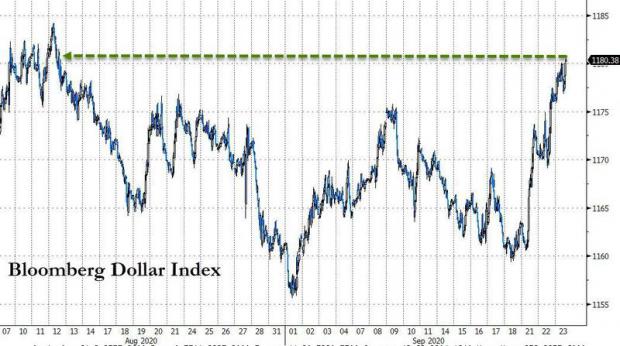 It seems all the worries are over? Peter Schiff does not believe so...

Even though at the September FOMC meeting, the Fed indicated it plans to hold interest rates at zero at least through 2023 and it plans to continue quantitative easing at current levels, the markets said, "That's not enough."

Of course, in effect, the central bank is calling for more QE as Jerome Powell eggs on Congress to pass additional fiscal stimulus.

But there is concern that if Congress and the White House can't get some type of fiscal stimulus package passed, the Fed won't just provide more monetary stimulus on its own.