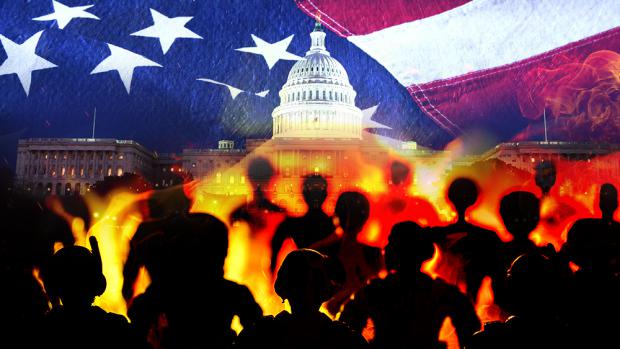 This timeline, although subject to change, is our current best guess at how the moves on the chess board are likely to play out. It covers the SCOTUS nomination, Election Day, the Insurrection Act, left-wing terrorism, financial markets, election outcomes and more. There's also a commendable overview of the coming chaos at this All News Pipeline story, which is worth checking out after you review the timeline below.

Here's what I see as likely to play out, given the current best information:

Left-wing insurrectionists will continue to ramp up their riots, resorting to increasingly violent and escalated attacks on law enforcement, federal buildings and conservative groups such as Proud Boys.

These attacks will almost exclusively take place in blue cities, in blue counties, in blue states. That's because Democrats allow and even encourage these riots, while Republicans tend to shut them down with police action. Recent attempts by left-wing rioters to stage large events in red states (such as Texas) have been quickly shut down, and both Antifa and BLM terrorist organizations only have legal protection for their acts in areas where left-wing DAs will refuse to charge them with crimes.