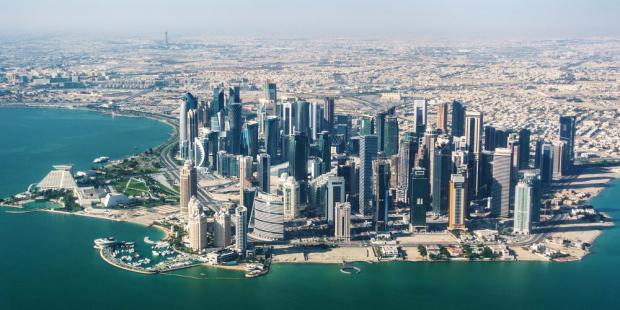 Despite this week's "shock" Trump administration announcement that Qatar-based news network Al Jazeera must now register in the United States as a 'foreign agent', Washington ties with the tiny oil and gas rich monarchy continues to warm, especially given the vital role Qatar plays in hosting US forces.

Reuters now reports that "The United States hopes to move forward with naming Qatar as a major non-NATO ally, a status that provides foreign nations with benefits in defense trade and security cooperation, a senior U.S. official said on Thursday."

US deputy assistant secretary of state for Arabian Gulf affairs Timothy Lenderking told reporters at the end of this week, "We're going to move ahead, we hope, with designating Qatar a major non-NATO ally."

Such a designation would allow for the wealthy Arab gulf country, which has over the past years been involved in inter-Gulf Cooperation Council (GCC) turmoil with the Saudis and Emirates on the other side, to have preferential access to US military hardware, training, and technology.

This also comes on the heels of the landmark Israeli peace deal and 'normalization of ties' with the UAE and Bahrain, however, Israel has objected to US plans to sell the F-35 stealth fighter to the UAE.