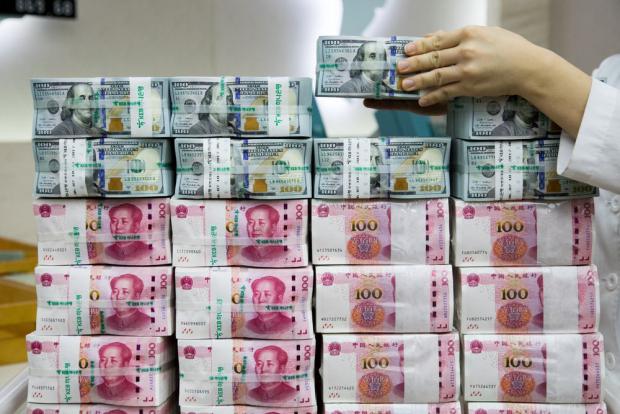 In examining the rationale behind this move, this article concludes that while there are sound geopolitical reasons behind it the monetary effect will be to drive down the dollar's purchasing power, and that this is already happening.

More recently, a veiled threat has emerged that China could dump all her US Treasury and agency bonds if the relationship with America deteriorates further. This appears to be a cover for China to reduce her dollar exposure more aggressively. The consequences are a primal threat to the Fed's policy of escalating monetary policy while maintaining the dollar's status in the foreign exchanges.

On 3 September, China's state-owned Global Times, which acts as the government's mouthpiece, ran a front-page article warning that

"China will gradually decrease its holdings of US debt to about $800billion under normal circumstances. But of course, China might sell all of its US bonds in an extreme case, like a military conflict," Xi Junyang, a professor at the Shanghai University of Finance and Economics told the Global Times on Thursday".

Do not be misled by the attribution to a seemingly independent Chinese professor: it would not have been the frontpage article unless it was sanctioned by the Chinese government. While China has already taken the top off its US Treasury holdings, the announcement (for that is what it amounts to) that China is prepared to escalate the financial war against America is very serious. The message should be clear: China is prepared to collapse the US Treasury market. In the past, apologists for the US Government have said that China has no one to buy its entire holding. The most recent suggestion is that China's Treasury holdings will be put in trust for covid victims — a suggestion if enacted would undermine foreign trust in the dollar and could bring its reserve role to a swift conclusion. For the moment these are peacetime musings. At a time of financial war, if China put her entire holding on the market Treasury yields would be driven up dramatically, unless someone like the Fed steps in to buy the lot.