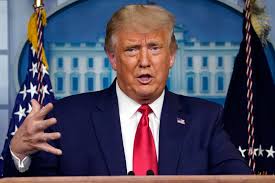 It's not clear where or when the mail was intercepted, though authorites are saying the letter may have been sent from Canada, per the NYT.

Ricin is made from the by-products of producing castor oil, which is made from the castor oil plant, otherwise known as Ricinus communis. It's a highly potent toxin, and it has no known antidote. The poison gained renewed notoriety after being featured in a notable plot arch from the TV show "Breaking Bad".

The White House hasn't yet commented on the news, which was first reported by the NYT and a handful of other media organizations citing unidentified sources who have reportedly been briefed on the matter.

Though the identity of whoever sent this substance has yet to be ascertained, some on the right couldn't help but note the timing, coming so soon after the death of Justice Ginsburg, and amid an outpouring of hysteria accusing Trump of 'destroying American Democracy.'