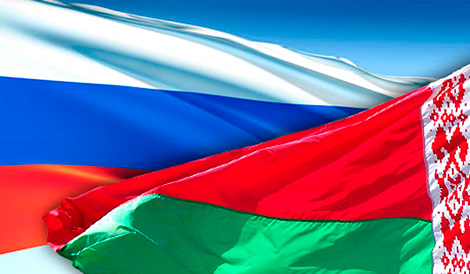 A top official, Alexander Kanshin, who heads the Association of Unions of Reserve Officers said that while "alarming," it's not expected that NATO will take "any real military action against Belarus," according to his comments in TASS.

But it was the director of Russia's foreign intelligence service SVR, Sergey Naryshkin, who issued the most directly provocative comments Thursday. The powerful intelligence chief charged that the United States is "stage managing" the unrest in Belarus, which has since the Aug.9 reelection of President Alexander Lukashenko sought to topple him.

He described that US intelligence, NGOs, and Western state linked media had funded ground protests to the tune of tens of millions of dollars. Over prior weekends protests in the streets of Minsk alone have swelled to 100,000 people according to most estimates.

"Though publicly Washington tries to keep a low profile, once the massive street demonstrations began, the Americans stepped up funding to the Belarusian anti-government forces bountifully to the tune of tens of millions of dollars," Naryshkin said, also calling US and Western involvement "obvious" - however, not presenting any specific evidence or intelligence, only outlining the scenario he said is already long in action.

Tweet from a non-resident fellow at the Atlantic Council and self-described "media trainer":

#Belarus. Excellent video from today's March of Heroes in #Minsk.Absolutely peaceful people are demanding justice and democracy,but the authorities are responding with force and repressions.This scale, this consistency are unprecedented in modern Belarus.This can't be for nothing pic.twitter.com/8337NQPExa