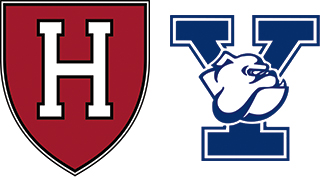 The universities will respond to two of those challenges to 'race-conscious admissions,' while two more make their way through the legal system against other universities. The controversy could make it all the way to the Supreme Court, which ruled over 40 years ago in its Bakke decision that race is a valid factor in creating a diverse student body.

While the decision has been reaffirmed over the years, it's possible that the 'conservative' majority Supreme Court will strike Bakke down.

"Sandra Day O'Connor basically opined that we could have another 20 years or 25 years of affirmative action programs, but that they would not go on forever," said conservative Linda Chavez, chairman of the Center for Equal Opportunity. "And yet we do see them going on forever," she added.

O'Connor speculated in 2003 that the race-based consideration wouldn't go on 'forever.' 17-years later, it's still happening.

"We're now talking about kids who are getting into college on the basis of some racial or ethnic preference who are the grandchildren of people who first got those preferences."

The Justice Department has threatened to sue Yale unless it agrees to stop considering race. "Unlawfully dividing Americans into racial and ethnic blocs fosters stereotypes, bitterness, and division," the government wrote to the university in August. Yale, which has vowed to "vigorously defend" a process "endorsed repeatedly by the Supreme Court," is due to respond this week.

On Wednesday, Harvard goes before a federal appeals court over a case that it engages in "racial balancing" by holding Asian-American applicants to a higher standard than other minority groups. Harvard denies discriminating and won the case in federal district court last fall. -Bloomberg