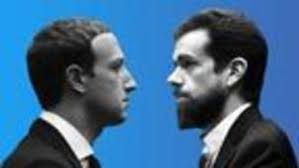 Gates then leveled some valid criticisms at the US virus response…and then put wind in the sails of those who believe the FDA could be biased in its decision to approve a Covid-19 vaccine: that, as surveys show that a majority in the US are concerned vaccine development is being rushed, and a third say they won't get vaccinated. Wouldn't a low vaccine take-up rate risk exacerbating all the exacerbating that is already underway? On many fronts, however, we are not short of exacerbation.

The WTO yesterday ruled that the US imposition of tariffs on China violate international rules. This will have several effects, none of which will be the US removing the tariffs under a Trump presidency. One will be to lodge an appeal, and given that the US has frozen the WTO's appellate system to hear said appeals, it means the tariffs stay, underlining the WHO is now just a talking shop; another will likely be the WTO being red meat for Trump in his re-election campaign, or maybe even risk it following the fate of the WHO.

The US just removed 10% aluminium tariffs from Canada, however, so there will be some good news in Free-Trade Weekly this week, apart from the economic normalisation between Israel, the UAE, and Bahrain (with 5-6 other countries flagged to join the accord soon), and between Serbia and Kosovo.

In the UK, PM Johnson is still dealing with party rebels trying to prevent him pushing ahead with legislation deemed contrary to international law – though the government now says it isn't after having earlier said it is. Tricky stuff, this international law business. There you are, minding your own business, and suddenly *BANG!*, "international law breaker".

Latest news is the Internal Market Bill may be amended to give Parliament a say on triggering the most controversial clause: if so, and paraphrasing Johnson's own recent paraphrasing of Chekhov, that would leave the gun on the table in this First Act rather than pointing it at the EU directly. The EU have meanwhile not helped by apparently declaring that, yes, it may be forced to ban all British exports of live animals and animal products such as cheese, beef, eggs, chicken and lamb from 1 January. It's not quite The Sun screaming "EU Marmite Pirates!", but it still has one pulling one's (Black or Blue) beard.