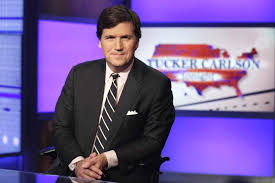 Unfortunately, that doesn't take account of the role of the mainstream media as the self-appointed protectors of the people. The press can promote any agenda they choose and destroy any person who gets out of line. Needless to say, Donald Trump gets "out of line" every day — he marches to the beat of his own drummer, as Thoreau said, and the press can't stand it. So they engage in a near constant attack to destroy him and his presidency.

Jeffrey Goldberg's reliance on unverified anonymous sources for his Atlantic hit piece accusing the president of being disdainful of slain American soldiers by calling them "losers" and "suckers" is a typical tactic. The media exploit and exacerbate public misperceptions of Trump that they themselves planted in the first place. Did Trump call John McCain a loser? Undoubtedly. Has he ridiculed the generals who have gotten us into forever wars that have cost the lives of thousands of American soldiers? Yes, frequently. But is there any evidence he said the things Goldberg alleges? Yeah, the testimony of five sources so brave they won't go on the record with their complaints — claims that have been refuted by 19 real people with real names who were actually with the president in France when the alleged incidents occurred.

Of course, the media don't stop with the initial hit job. Without missing a beat, they use the refuted stories by Goldberg and others to create the illusion that there is a united front of opposition to Trump. Showing interviews with random soldiers or veterans saying they are not "losers" promotes a "party line" version of the truth that is intended to shame the administration, and especially weak-kneed Republican senators, into bowing to the far-left agenda. But it is not news, and it is not fair.