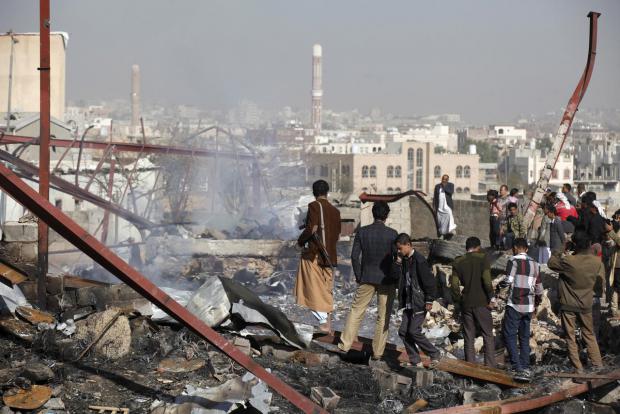 A Congressional hearing over these arms sales is set to take place on Wednesday.

The report said that officials from both the Obama administration and the Trump administration have considered hiring lawyers to discuss the possibility of being arrested while vacationing overseas.

The Times report reads: "No episode in recent American history compares to Yemen, legal scholars say, where the United States has provided material support over five years for actions that have caused the continuous killing of civilians."

Last week, the UN issued a report on atrocities in Yemen and asked the Security Council to bring actions by all parties in the conflict to the International Criminal Court (ICC) for possible war crimes prosecution. The Times said that legal scholars believe the ICC could charge US officials based on their knowledge of the pattern of indiscriminate killing by the parties the US supports in the conflict.

The Times story says there is evidence that shows State Department officials suppressed the legal implications over civilian casualties in Yemen. For example, in 2016, a State Department lawyer determined that some officials could potentially be charged with war crimes, and the department's lawyers chose not to share the information with the secretary of state.

The current administration suppressed other evidence this year during an internal investigation into an arms sale the administration rushed without getting Congressional approval, citing an "emergency." When the inspector general found the department did not consider legal risks to selling arms to the Saudis, officials made sure this information was put into a classified version of the report so even members of Congress with security clearance could not see it.