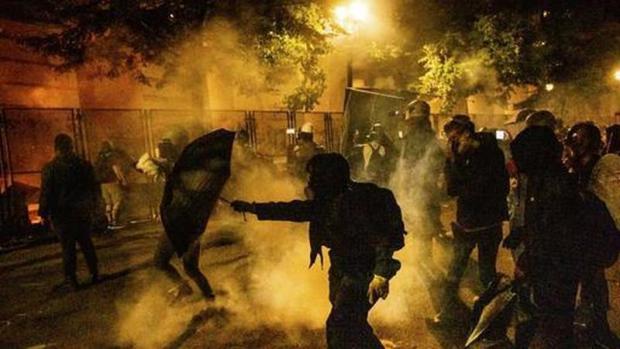 The CIA is very experienced at color revolutions, having pulled them off in a number of countries where the existing government did not suit the CIA.  As we have known  since CIA Director John Brennan's denunciations of President Trump, Trump doesn't suit the CIA either. As far as the CIA is concerned, Trump is no different from Hugo Chavez, Nicolas Maduro, Charles de Gaulle, Manuel Zelaya, Evo Morales, Viktor Yanukovych, and a large number of others.

Russiagate was a coup that failed, followed by the failed Impeachgate coup.  Faced with Trump's reelection and the realization that upon reelection Trump will be able to deal with the treason against him, the Deep State has decided to take him out with a color revolution. The evidence of a color revolution in the works is abundantly supplied by CNN, MSNBC, New York Times, NPR, Washington Post and numerous Internet sites funded by the CIA and the foundations and corporations through which it operates, all of which are committed to Trump's ejection from the Oval Office.