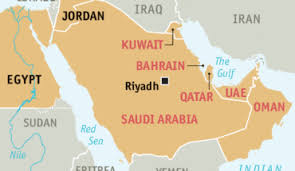 Israel Can Hit Iran Without Midair Refueling if Basing From Bahrain

However, there is large economic and military capability in the normalized bloc with Israel, UAE, Egypt, Bahrain, Jordan and soon Saudi Arabia. The group could deliver prolonged airstrikes to stop Iran's nuclear program even without US military support.

Israel would have significant logistical problems sending bombing runs to Iran. There would be airspace access issues and the need for refueling. The fuel issues would limit the duration that planes could stay over Iran.

The logistics and the combined military and economic forces will be able to defeat Iran in the event of actual military engagement. The normalized economic bloc will have superior economic growth. Over time Iran will continue to lose ground economically. The economic sanctions speed up the shrinking of Iran's relative economic size compared to its middle east opponents.