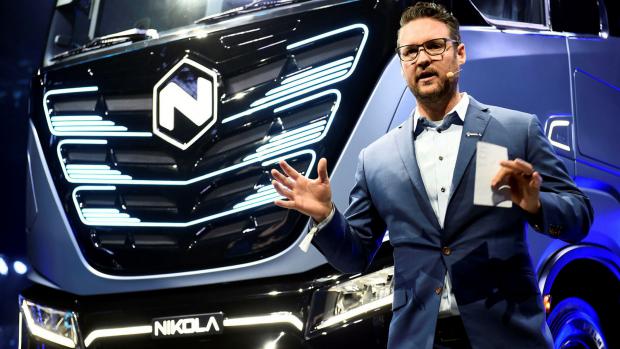 Things are going so splendidly for the Fed-backed stock market of 2020 - despite tens of millions of people being unemployed - that neither the market, nor its participants or regulators, care if companies are headed by questionable characters and in many cases (wire)frauds - even when the evidence is piling up before their eyes.

For example, we have been reporting on the unfolding battle between Nikola and short seller Hindenburg Research who, last week published a scathing (nearly 100 page) report calling the company an "intricate fraud" and comparing it to Theranos.

Nikola shares fell almost 25% over the last two trading days of the week last week after founder Trevor Milton failed to reassure the market about Hindenburg's claims of fake product launches and potentially deceiving both investors - and General Motors - that followed similar reporting from Bloomberg weeks ago.

Naturally, Milton has been in damage control mode since Thursday when the report was released, but instead of refuting the claims has been repeatedly attacking the messenger(s), lashing out in profanity-laden tirades on his Instagram account (see here) and promising substantial responses via Twitter which have yet to come. On Friday morning the company "responded" likely by heeding the advice of its counsel and putting out a perfunctory 5 paragraph press release despite a prior promise of a detailed debunking.

But Milton has remained active on Twitter and, in a series of Tweets last night discussing the whereabouts of the clean energy guru's own gassed up private plane (which is being actively watched by some Twitter accounts), Milton comments: "Those are employees heading to Germany for the Nikola Tre trucks.. You know, the that were not suppose to exist according to the hit job. Lol. I'm in utah / Arizona for the weekend."