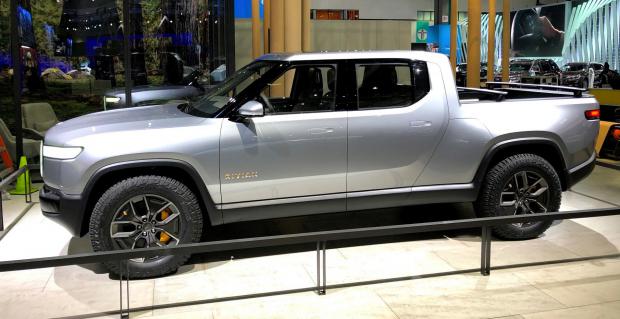 Not long ago, Rivian took us inside its electric vehicle production facility in Normal, IL. In fact, the entire video followed RJ Scaringe, who talked about the happenings and progress surrounding the facility. It almost seems as though the launch date scheduled for next summer could just be Rivian playing it safe, since it appears the automaker could begin series production and deliveries much sooner.

Now, Rivian has released another brief video, which substantiates its progress even further. It's another behind-the-scenes look at the factory. However, in this video, we learn that Rivian R1T electric pickup trucks are already slowly rolling off the assembly line, one at a time.

Rivian says these are pre-production vehicles that "will be used for our continued testing to ensure we meet and exceed expectations. We are looking forward to beginning deliveries next year and are focused on achieving high quality and durability targets." This goes along with the idea that though Rivian has been at it for many years, has working prototypes, plenty of capital, and a functional factory, it's still taking its time and playing it safe to ensure everything is right.

While it would be great to have Rivian's electric trucks come to market early, hastiness is not recommended. We've seen other companies try to rush vehicles to market, only to fail miserably. We've also seen vehicles rushed to market and brimming with issues. Hopefully, Rivian fans are willing to wait it out. As far as everything appears looking in from the outside, it's likely owners won't regret the wait.