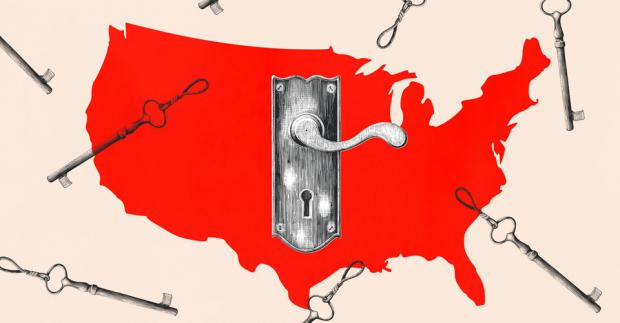 When I was growing up in Colorado as a young elementary school kid,  I loved to read and when I wasn't reading sports biographies, I enjoyed reading about people that acoomplished extraordinary things against formidable odds. I must admit, I am a sucker for and often root for the underdog. In that vein, in the mid-1960's, I discovered the book "The Mouse That Roared". The book is fictional but it champions the underdog and I have found a group of activists that fit the mode of the characters in the book.

The Mouse That Roared

In the abovementioned book, there was a tiny kingdom (three miles by five miles) known as the European Duchy of Grand Fenwick, supposedly located in the Alps between Switzerland and France, and this mythical country was on the verge of bankruptcy as their leader concluded that the only chance the country had for survival was to invade the United States, lose the war in short order, be the recipient of massive US foreign aid via the Marshall Plan. Through a series of comedic events, this band of 20 men, armed only with bows and arrows, wins the war and becomes a world super-power!

In Mohave County I have found the real live modern example of the Duchy of Fenwick as I am  going to feature a group of Kingman, AZ. activists in this article.

Just as David killed Goliath in the biggest upset win in the Bible, the proverbial "Mouse that Roared" has  reared their collective heads and they are making a political splash in Northwestern Arizona. Nearly 1800 residents have banded together in Mohave County, Arizona, where Kingman is located, and are saying "enough is enough" as they are collectively refusing the mask mandate imposed by the cowardly mayor of Kingman, AZ.