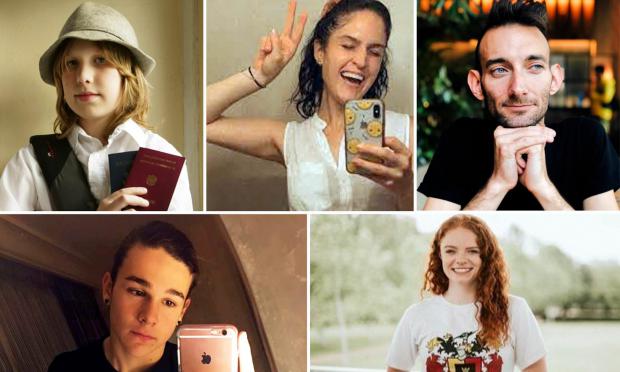 The NYPD tweeted their mugshots over the weekend and decried their actions as 'the height of hypocrisy', labelling one of the women 'the poster child for white privilege.'

'On Friday, September 4th, these individuals were arrested for rioting during demonstrations in Manhattan,' NYPD News tweeted Tuesday.

'They were part of a large group breaking storefront windows. Our investigation into this incident continues.'

The group are suspected of being the culprits behind the estimated $100,000 worth of damage wrought on Manhattan businesses Friday night.

The protest had been advertised on Twitter by groups calling themselves the "New Afrikan Black Panther Party" and the "Revolutionary Abolitionist Movement."