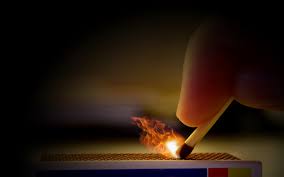 (Natural News) Wildfires continue to rage, out-of-control, in the states of Washington, Oregon and California. Wildfires have spread into populated areas east of Salem and Eugene Oregon, requiring evacuations across several communities. Twenty large wildfires have already burned out more than 476,000 acres.

Federal law enforcement officers now have evidence that these fires are being started by a network of domestic terrorists who are intentionally setting fire to vulnerable areas. Many of these arson attacks are being strategically coordinated to destroy suburban areas in the Western United States. Law enforcement are putting everyone on high alert to help identify "opportunists" who seek to set communities ablaze. They have apprehended a number of arsonists and warn that there are still some on the run.

Law enforcement officers in Puyallup, Washington arrested a 36-year-old man who was caught setting a fire along State Route 167 in the median of SR167 at Meridian. After closing the northbound ramp on the highway, the officers were able to control the blaze.

In Spokane, Washington, officers arrested Christine Comello, a 36-year-old woman who was caught starting multiple fires – one that involved a palette outside of a commercial business and another fire that was set to explode an old oil drum under a tree. When detained, Comello initially lied about her name and then officers learned there was a warrant out for her arrest. Federal law enforcement has reason to believe the two cases could be linked and warn that there could be more attacks in the coming weeks.

A 44-year-old man from Eugen Oregon, Elias Newton Pendergrass was suspected for an arson attack that burned 400 acres, causing an evacuation just west of Eugene, Oregon. Another middle-aged man was caught setting fires at the Dexter State Recreation Area in Dexter, Oregon. He is currently on the run. The crime network extends to California. In Salinas, a 37-year-old named Anita Esquivel was caught intentionally setting fires along Highway 101 near Boronda road.

Federal agents warn, "We are reacting to a coordinated series of attempts to start fires anywhere and everywhere in Oregon. Public and Private lands, incorporated and unincorporated areas."