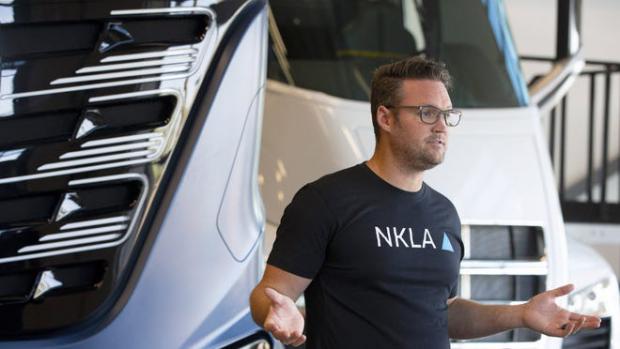 A scathing new report released by a short-seller claims that electric truck start-up Nikola is an 'intricate fraud' based on years of lies, exaggerations of its technologies and faked product launches.

The sensational claims, made in a report by the hedge fund Hindenburg Research, come just two days after General Motors announced it would be investing $2 billion in the company.

In its lengthy report, Hindenburg claimed to have 'extensive evidence' that the Nikola's proprietary technology was purchased from another company, and accused its founder and CEO Trevor Milton of making countless false statements over the last decade.

The company is also accused of faking a promotional video for its truck, the Nikola One, in 2018. The truck reportedly didn't have a functioning engine so instead it was rolled down a hill with the footage edited to make it appear as if it was driving on a flat road.

'Trevor has managed to parlay these false statements made over the course of a decade into a $20 billion public company,' Hindenburg wrote. 'He has inked partnerships with some of the top auto companies in the world, all desperate to catch up to Tesla and to harness the [Electric Vehicle wave].'

Nikola's stock prices plummeted as much as 13 percent Thursday. The report was released before markets opened.