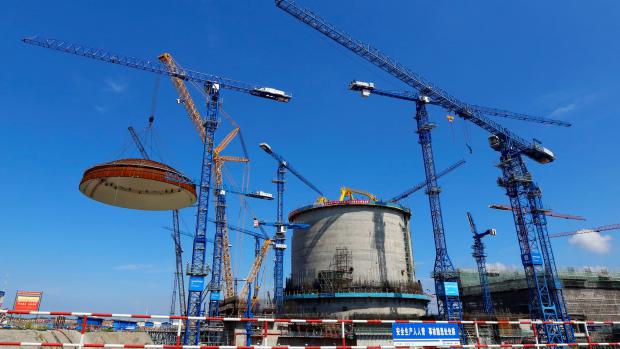 Bloomberg reported Monday that the country took a significant step forward as its Hualong One reactor began loading fuel for the first time.

China National Nuclear Power company, a unit of China National Nuclear, the country's state-controlled nuclear authority, said Monday that fuel loading started at the Fuqing No. 5 reactor, the first to use the new technology, on Sept. 4. The company recently secured an operating license from the Ministry of Ecology & Environment. It's nclear when the reactor might restart.

As Bloomberg explains, China is on track to develop the new nuclear technology without any help from the US, and Beijing has abruptly ended a three-year freeze to move this $10 billion project to build more of these reactors across China.

Hualong One development is being closely watched in the battle for the nation's next-generation nuclear power systems. Its success could mean a nuclear revival in China that would have little to do with western developers including Westinghouse Electric Co. from the U.S. and France's Electricite de France SA.

China had almost 49 gigawatts of nuclear power installed as of 2019 and should get into the mid-fifties this year. GlobalData Plc predicts it will pass France as the world's No. 2 nuclear generator in 2022 and claim the top spot from the U.S. four years after that.