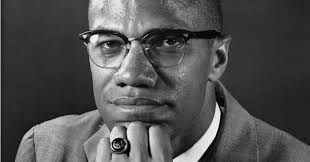 If the Negro wasn't taken, tricked, or deceived by the white liberal then Negros would get together and solve our own problems.

I grew up in a city that would be considered a large bedroom community of a much larger city.  My hometown had a mixed population – mixed in total, but not so much by neighborhood; mixed, meaning, basically black and white.  During my school years, our public school district began the program of forced integration via bussing, and I was sent to the other side of town along with some of my earlier classmates.

While reading an essay entitled "My Career as a White Police Officer," by Daniel Vinyard, I thought: this was not my experience.  What was his experience?  Read the essay – every sort of nasty, brutish, and violent behavior you can imagine

Of course, he is a cop and I was a school student – we were certainly not dealing with the same randomly selected population.  At my school, yes there would be occasional fights – almost always black against black, occasionally females going at it but usually males.  While Vinyard describes fights as always involving large groups of blacks, I don't recall anything like this – just two people pissed off at each other for whatever reason.