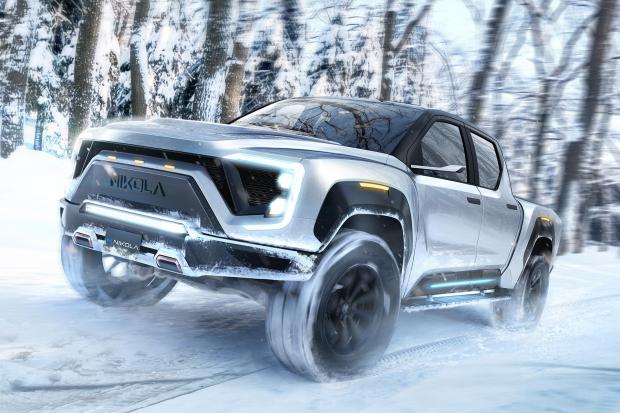 Shares of Tesla's of budding competitor Nikola are surging by as much as 50% Tuesday after announcing a partnership deal with General Motors.

As part of the deal, General Motors will receive a $2 billion equity stake in Nikola and will "engineer, validate, homologate and build the Nikola Badger for both the battery electric vehicle and fuel cell electric vehicle variants as part of the in-kind services," according to a Tuesday morning press release.

Nikola also touted that the partnership would result in significant cost savings for them, since they will be using General Motors' Ultium battery system and Hydrotec fuel cell technology.

Nikola will issue $2 billion in new stock for General Motors, where it will be locked up until June of 2025.