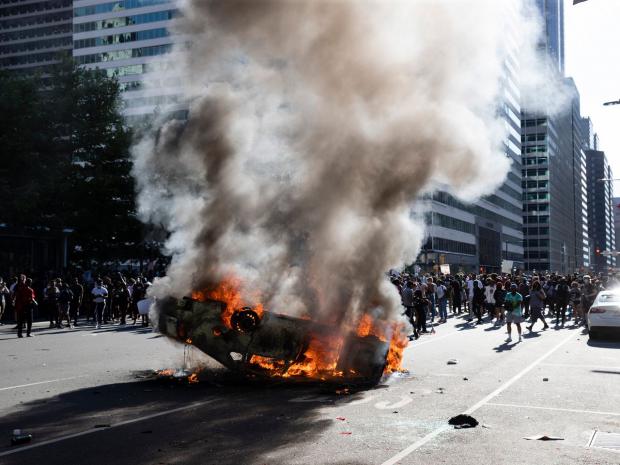 Last week, a coalition of leading progressive groups gathered on Zoom to begin organizing for what they envision as the post-Election Day political apocalypse scenario.

Put together by the Fight Back Table—an initiative launched after the 2016 election to get a constellation of lefty organizations to work more closely together—the meeting dealt with the operational demands expected if the November election ends without a clear outcome or with a Joe Biden win that Donald Trump refuses to recognize.

Sources familiar with the discussions described them as serious with a modestly panicked undertone. A smaller FBT session last fall had talked about post-election planning, but those discussions were tabled because of the COVID-19 pandemic. This was the first time they were bringing the matter to the 50-plus organizations that make up the coalition. To formalize the effort, they gave it a name: the "Democracy Defense Nerve Center."

Over the course of two hours, participants broached the question of what the progressive political ecosystem can functionally do in a series of election scenarios. They began charting out what it would take to stand up a multi-state communications arm to fight disinformation, a training program for nonviolent civil disobedience, and the underpinnings of what one official described as "mass public unrest." And they pored over a report from the Transition Integrity Project, a bipartisan group formed in 2019, that analyzed various election-season scenarios and made clear the type of ratfuckery, corruption, and chaos that potentially was ahead.

"The potential for violent conflict is high," the report noted.