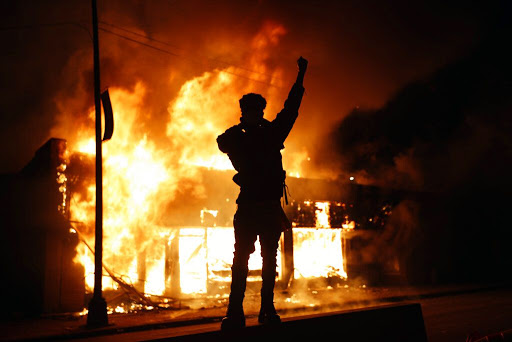 " These people see this as their moment to act.  It's a moment that they have been building for a couple of decades.  We are going to see the attacks increase especially by Black Lives Matter (BLM).

People need to understand and be prepared for what is coming. . . . They are desperate.

They know the Democrat Party does not have a real candidate to offer.  Donald Trump is extremely strong, and they also know that Trump has a support base that is larger than it was during the last election. . . .

Shipp says, "BLM and Antifa want a civil war."  Shipp explains, "That's exactly what they want, a civil war, and they want to split America..."

"They understand that the conservative people and the patriots out there have gained a lot of ground.  They are intentionally starting a civil war to overturn our Constitutional system and our fundamental belief system. . . .They are starting a civil war, and they are starting serious attacks.  It's not just Trump supporters, but Black Lives Matter has had attack after attack on white Americans simply because of their race. . . .