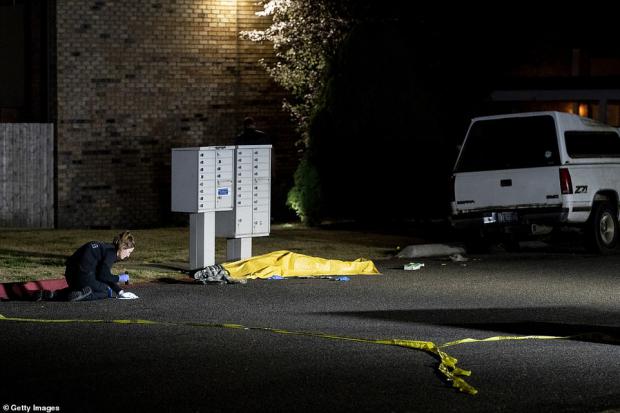 An Antifa gunman who admitted to shooting dead a supporter of the right-wing group Patriot Prayer in Portland, Oregon, has been killed in a shoot-out with U.S. Marshals as they tried to arrest him on Thursday night.

Michael Reinoehl, 48, was shot dead by members of a federal task force in Washington, after they attempted to apprehend him on murder charges in the killing of Aaron 'Jay' Danielson, 39.

Danielson was allegedly shot in the chest by Reinoehl after clashes between Trump supporters and Black Lives Matter protesters broke out during a rally on Saturday night.

Authorities on Friday said federal agents executed an arrest warrant and located Reinoehl outside of an apartment building near Lacey, Washington, about 120 miles north of Portland, around 7.30pm.

Reinoehl, who was armed with a handgun, then got into his car and attempted to flee, officials said.

Witnesses told the Olympian they saw a man open fire and heard 40 or 50 shots from what they believe was a semi-automatic rifle before officers returned fire and shot him dead.

But authorities are yet to confirm whether Reinoehl fired the weapon.