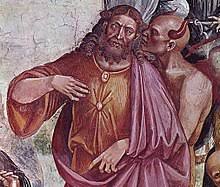 This article will serve the purpose of outlining the hierarchy of the various factions that seek to destroy America and establish a Satanic-serving empire on this planet.  The groups are presented in ascending order.

A clear picture of the co-conspirators has emerged in the takedown of America and they consist of the following goals as listed by group affiliation.

Their goal is to replace the Constitution with  Marxist-Communist agenda. The party leadership hopes to emerge from the ensuing rubble with positions of power and vast amounts of wealth. What the Democrat fail to consider is that they are playing the role of the "Brown Shirts" and that this never ends well. These Democrats make Benedict Arnold look honest by comparison as there is no hiding their treason. To use a corporate analogy, the Democrats are the field supervisors with on-the- ground involvement. Clinton, Pelosi, Newsom, Ducey, Whitmore, Lighfoots, Cuomo, Bowsert, Schumer, Nadler. Feinstein, Harris, Biden et al., comprise the leadership of this Bolshevik  Revolution.