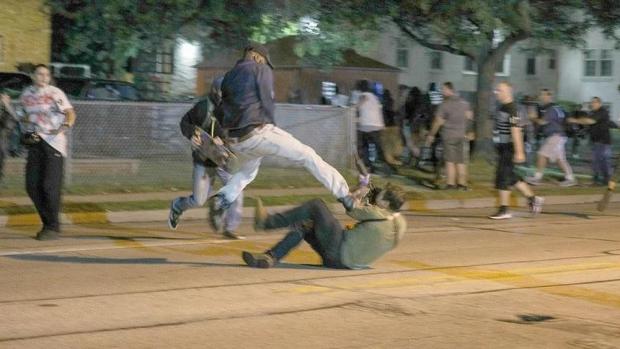 (Natural News) Facebook has confirmed that it will remove posts in support of Kyle Rittenhouse from the social media platform on the grounds that he is a "mass murderer."

The 17-year-old allegedly killed two people and wounded one in Kenosha, Wisconsin, after he was mobbed and attacked by rioters there. All three of  his violent attackers had criminal records, with one being a convicted pedophile.

Conservative writer and YouTube personality Mark Dice said that Facebook threatened to suspend his page after he posted a video showing Rittenhouse offering medical help to wounded protestors in Kenosha before the shooting took place. He reported that they also threatened to delete his Facebook account.

A spokesperson for Facebook confirmed it was taking action against posts supporting Rittenhouse, saying: "We've designated the shooting in Kenosha a mass murder and are removing posts in support of the shooter, including this one."

However, it is worth noting that the post by Dice did not praise him. Instead, it simply described the content of the video. In fact, Dice said he went out of his way to be careful about the words he chose because he suspected that Facebook would have added Rittenhouse to its list of "dangerous individuals."

He said: "[The posts] were all very matter of fact about what happened. No praise, nor celebration, nothing like that because I figured that they added Kyle to the 'dangerous individual' [list]."