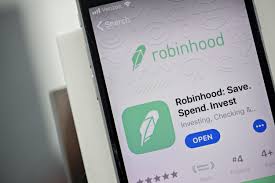 What Happened: The trading app could be fined in excess of $10 million by the SEC as a part of the settlement. The federal regulator's San Francisco office is looking into the broker's failure to fully disclose, until 2018, that it was taking payments from high-speed trading firms and sending them its customers' orders, according to unnamed sources of the Journal.

The broker didn't disclose that one of the sources of its income was payments for order flow until Oct. 2018, from which the trading app generated less than half of its revenue in 2017 and almost half in 2018, as per the Journal's sources.

An agreement between Robinhood and the market regulator is reportedly unlikely to be announced this month.

Why It Matters: In 2019, the Financial Industry Regulatory Authority, overseen by the SEC, fined Robinhood $1.25 million for similar violations that took place between Oct. 2016 and Nov. 2017.

Payments for order flow is legal but it must be disclosed, as per the SEC.