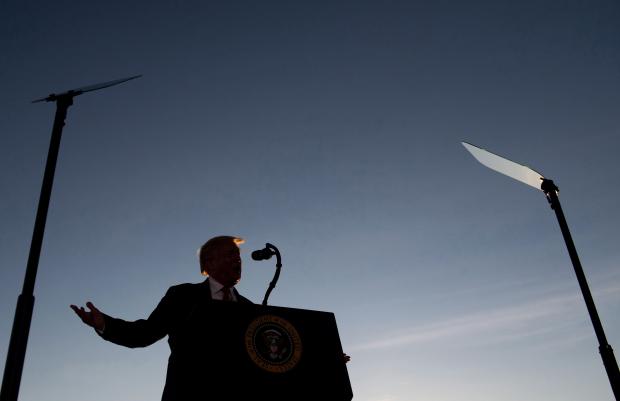 President Trump claimed in a Monday night interview that a group of "thugs" in "dark uniforms" who traveled to Washington D.C. is currently under investigation.

Speaking with Fox News' Laura Ingraham, Trump said that "somebody" got on a plane and traveled to the Republican National Convention last week, where groups of thugs were filmed harassing and chasing attendees following the event - including Sen. Rand Paul (R-KY) and his wife.

"We had somebody get on a plane from a certain city this weekend, and in the plane, it was almost completely loaded with thugs, wearing these dark uniforms, black uniforms, with gear and this and that," said Trump, who added that the matter is "under investigation" and that he couldn't discuss the matter further - telling Ingraham "I'll tell you sometime."

"Yeah, this was all happening," Trump replied.

Leading into the exchange, Trump claimed that people in "dark shadows" control Joe Biden, and implied that they are responsible for the plane thugs.