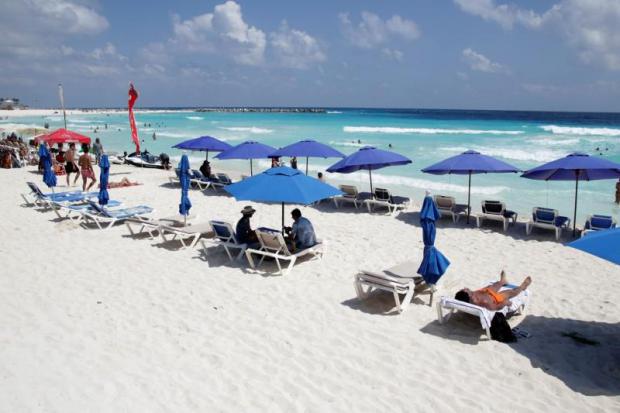 Now, Cabo is trying to lure them back – in the middle of one of the worst coronavirus outbreaks.

For months, some of the world's most-visited attractions were empty of humans, places normally so saturated with tourists that they were nearly unrecognizable without them. Photos circulated of a depopulated Venice, a vacant Times Square, a shuttered Disney World.

The beaches of Cabo, with their peeling, clean waves, once again recalled an untouched desert as Mexico struggled to manage a virus that has infected more than 533,000 people and killed more than 62,000 – third most in the world.

Throughout the spring, this city's tourism board, hoteliers and restaurateurs held panicked meetings. At what point would Californians and Texans want to fly south of the border? With high caseloads in those states, at what point should those tourists be encouraged to visit?

At stake was nearly all of Cabo's economy – 80 percent, according to official statistics. Tourism is an economic engine for the country: It's the third biggest contributor to GDP at nearly 9 percent. During the pandemic, that number dropped close to zero. International flights into Cabo – its main source of visitors – were down 93 percent from last summer.

"It's life or death for us," said Rodrigo Esponda, the head of the Los Cabos tourism board. "There's nothing else here. No industrial production. No farming or commercial fishing. It's tourism or nothing."

Truth Is Gaining Ground on the Lies of World War II