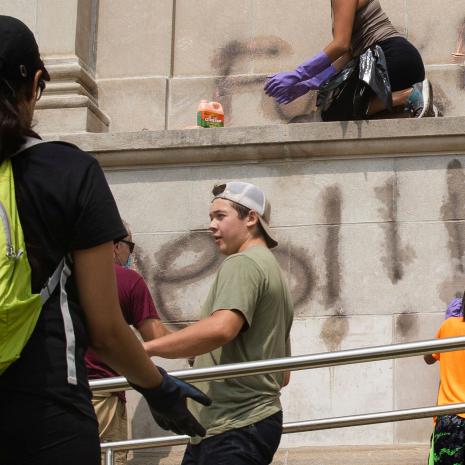 Kyle Rittenhouse is a community lifeguard who was working in Kenosha the day of the shooting.

This simple fact destroys the narrative being peddled by the mainstream media that he had "crossed state lines" to harm the rioters.

"Later in the day, they received information about a call for help from a local business owner, whose downtown Kenosha auto dealership was largely destroyed by mob violence," the statement continues. "Business owner needed help to protect what he had left of his life's work, including two nearby mechanic's shops. Kyle and a friend armed themselves with rifles due to the deadly violence gripping Kenosha and many other American cities, and headed to the business premises. The weapons were in Wisconsin and never crossed state lines."

When Rittenhouse arrived at the mechanics shop, he and others stood guard to prevent further destruction. Later that night, long after the 8 p.m. curfew had passed, the police began to disperse a group of rioters. His lawyer, John M. Pierce, explains that while dispersing the mob, they maneuvered a mass of individuals down the street towards the auto shops. Rittenhouse and the others were threatened and taunted, but he did not react. "His intent was not to incite violence, but simply to deter property damage and use his training to provide first aid to injured community members," Pierce says.