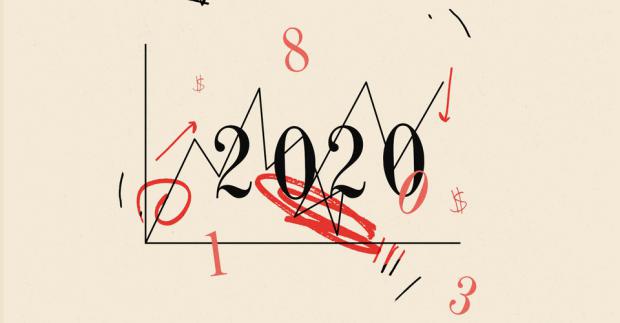 If there is just one chart that captures the unprecedented market moves observed not only since March, when the Fed threw aside any pretense of propping up equities and when the government launched a soft form of Universal Basic Income handing out benefits checks to virtually everyone including a new generation of traders who put much of the "free money" into momentum stocks, but also since late 2019 when two things happened - online brokerages eliminated trading commissions and the Fed started "NOT QE" to bail out JPM from a collapse in On-Off The Run treasury spreads - it is this one, which shows that as of Friday, Apple's market cap is now 98% of the entire Russell 2000. A few more trading days, and one company will be more valuable than all small public companies in the US combined.

Of course, there are many more charts that document the market's dislocations and transition to madness and below we want to share some of them with our readers, starting with one that may explain the unprecedented blow off top in Apple stock, whose ascent has been driven not so much by purchases of the underlying stock but a flood of buying of AAPL calls, so much so that its Put-Call skew is now the most negative it has been in 15 years, representing a furious surge in gamma and which means that Apple is now caught in a feedback loop where the higher it goes, the more calls are bought to chase the momentum, leading to a higher stock price, more call purchases and so on (as described recently in "How To Hedge An Apple "Blow-Off Top" Melt Up").

In other words, we have become a reflexive market of derivatives, where option flow dictates the action of underlying securities. We first noted the flood of option activity in July when we showed a Goldman chart which observed a "historic inversion": for the first time ever, the average daily value of options traded exceeded shares with July single stock options volumes tracking 114% of shares volumes. This trend has only accelerated since.