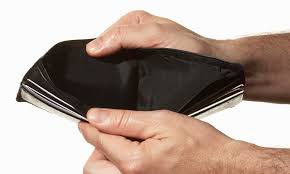 "It is important to remember that government interference always means either violent action or the threat of such action. Government is in the last resort the employment of armed men, of policemen, gendarmes, soldiers, prison guards, and hangmen. The essential feature of government is the enforcement of its decrees by beating, killing, and imprisoning. Those who are asking for more government interference are asking ultimately for more compulsion and less freedom."

Ludwig Von Mises (1990). "Economic freedom and interventionism: an anthology of articles and essays"

Concerning economics in the United States today, the hierarchy begins with the top tier of self-proclaimed elites, those in central and high level banking, those in the large corporate world, those at the top of the 'healthcare' pyramid, and those controlling monetary and economic policy above the level of government, including the class running the large tax exempt foundations. While government is below this level, it is nonetheless responsible for the economic carnage because it is the initiator and enforcer of policies meant to enrich the few at the top at the expense of the many. This could never be more evident than it is today.

This country has gone through hell this year due to policies put into place to combat what has been called a deadly 'pandemic.' Considering our history, and current numbers of total death, this 'pandemic' has proved to be a fraud. Apparently, that matters not, as the public at large has accepted the propaganda, and has given in to immense draconian measures that have devastated this economy and the natural health of the population. So far, things have gone exactly as planned, and the people have surrendered to the hype to such an extent as to allow the destruction of their natural immune systems and in many cases their livelihoods. This does not bode well for the future if the current trend is not reversed.

The bloated economic systems worldwide have been inflated by a constant increase in the money supply for at least the past 12 plus years. This year alone, that expansion has exploded exponentially, and with no end in sight, and was of course blamed on a virus outbreak. With this kind of expansion, and the coinciding response of lockdowns, business and travel closures, quarantines, and fear mongering, prices have dramatically escalated and unemployment has skyrocketed. Businesses across the country have been shut down, many permanently, and many have been forced into bankruptcy. These of course are small and medium sized businesses for the most part, the backbone of this country. The unemployment caused by this harsh and unwarranted government response, has been unimaginable, and has led to over 40 million people being out of work. This alone has the potential to destroy the economy of this nation, but this is just the beginning.