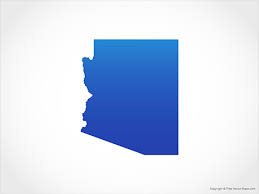 Arizona is not only the birthplace of Goldwater libertarianism, it's a giant retirement home for relatively well-to-do white transplants. The large Latinx population has created a dynamic where, to assure a monopoly on power, whites have tended to vote as a group. It seldom elects Democrats to statewide office and has only voted for a Democrat for president once since 1948. Yet, it's still trending blue.

As Igor Derysh explains at Salon, the Democrats have been dreaming about carrying Arizona in a presidential race since 2004, but so far it has been reminiscent of Charlie Brown's efforts to kick a football. This could be the year that the Dems carry Arizona and its many down-ballot offices.

FiveThirtyEight's average of polls currently has Joe Biden ahead by 3.7 percentage points. It's not a big lead, but it has been persistent. The polls of the U.S. Senate race between incumbent Republican Martha McSally and Democratic challenger Mark Kelly give the challenger a substantial lead. The most recently released survey, conducted by Redfield & Wilton Strategies, has him up by 19 points.

Besides federal races, Republicans risk losing both chambers of their state legislature.

Democrats are "very confident" of their chances to flip the state legislature, Felecia Rotellini, the chairwoman of the Arizona Democratic Party, told Salon.

"Both chambers are on the precipice of turning blue for the first time in 50 years," she said. "We need three seats in the Senate and two in the House to gain control. We are fighting for each and every seat and the path to achieving these majorities is clear."

Republican Governor Doug Ducey's term doesn't end until 2022 and he'll be ineligible to reelection so he's insulated from the wrath the public's wrath over his handling of the COVID-19 crisis. In July, a survey from OH Predictive Insights showed Ducey with a 35 percent approval rating, down 22 points from June when coronavirus cases in Arizona began to spike.