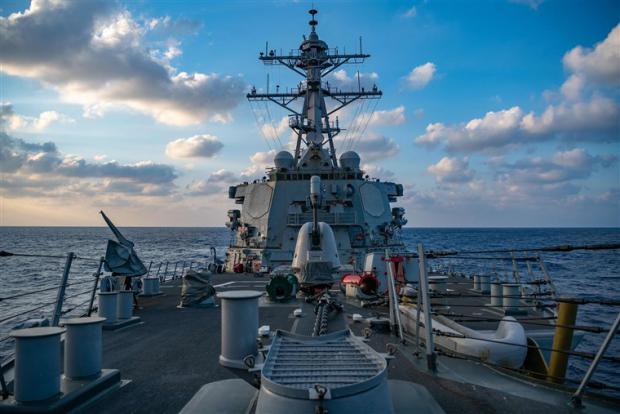 In a bizarre exchange of what may or may not be fake news, today China's Global Times claimed that the Chinese People's Liberation Army "expelled a US warship that trespassed into China's territorial waters in the Xisha Islands in the South China Sea on Thursday, near an ongoing Chinese military exercise zone that reportedly featured live-fire anti-ship ballistic missile launches."

The allegation sparked an immediate response from the US military which said that the Global Times claimed was "without evidence" or basically fake news. According to American Military News, the 7th Fleet confirmed the destroyer performed a freedom of navigation operation despite Chinese territorial claims to the island chain.

World Robot Conference kicks off in Beijing with a robot nurse...