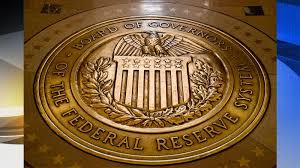 It's official: as Powell unveiled moments ago, the Fed is now operating under an explicit Average Inflation Targeting platform, with the Fed seeking inflation that averages 2% over time, a step that implies allowing for periods of overshoots, and assures no rate hikes for years to come (according to BofA simulations, a 2% AIT would mean no rate hikes for up to 42 years). At the same time, the Fed's shift on maximum employment will allow labor-market gains to run more broadly.

Regarding price pressures, the document says the committee will target "inflation that averages 2% over time" and will aim to bring inflation above the 2% target following periods when inflation runs below that level.

"The maximum level of employment is a broad-based and inclusive goal," Powell said in a speech delivered virtually for the central bank's annual policy symposium traditionally held in Jackson Hole, Wyoming. "This change reflects our appreciation for the benefits of a strong labor market, particularly for many in low- and moderate-income communities."

To be sure, pragmatic Fed watchers will immediately admit that there is nothing new here: after all the Fed's implicit core PCE inflation target has already been 2% yet even with a record $7 trillion balance sheet, the Fed failed to hit it for years.