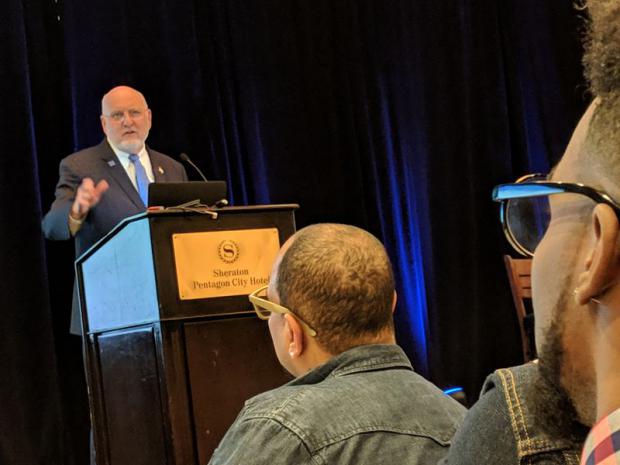 The event — held at the Sheraton Pentagon City Hotel in Arlington, Va. — was organized by the national non-profit AIDS United.

During his speech, Redfield went over the familiar, if now-repetitive talking points about the end of the epidemic: "We now have the tools," we need to "come together," and we can "bring this dream into reality," he said.

Tensions escalated about 30 minutes into the speech, after an activist yelled out asking Redfield to "leave the affordable care act in place."

Activist Mark S. King told the Daily News that the "the room erupted in pandemonium," and Redfield was unable to speak for the next few minutes.