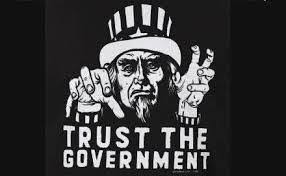 As Voltaire wrote during the Enlightenment — when society still had time away from the screen to reflect on philosophy, morality, and fundamental truth — "those who can make you believe absurdities, can make you commit atrocities."

This has never been more true than in the age of social media, when information and opinions constantly bombard us from all sides, isolating us from our own thoughts and values. We have a moral duty to critically examine our beliefs — especially our belief in "lockdown," the most oppressive and universally destructive public policy implemented in our lifetimes.

Is it the least-restrictive means available to minimize casualties in this pandemic?

Our belief in it was formed when we felt legitimate fear — this can lead to irrationality — so we really cannot answer this question in good conscience unless and until we take the time to conduct a proper, honest examination with the benefit of hindsight.

Any number of atrocities can occur when human beings act on unfounded, unexamined beliefs.

Consider the example of the shipowner in William Kingdon Clifford's 1876 essay, "The Ethics of Belief." Troubled by the condition of his aging ship, which others have suggested is not well-built and is in need of repairs, he eventually pacifies himself with these comforting thoughts: "She had gone safely through so many voyages and weathered so many storms that it was idle to suppose she would not come home from this trip also." The shipowner develops a sincere conviction that she will not sink, and acts on his belief.