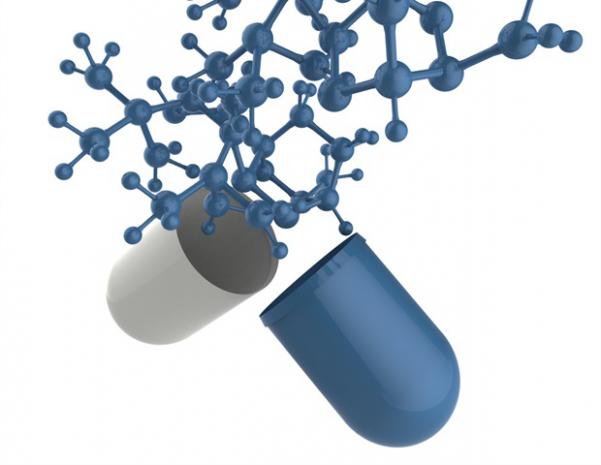 Antibiotics are one of the most important medical breakthroughs of all time – but their usefulness is beginning to unravel, with potentially devastating results. In the hunt for new drugs, researchers have now investigated how an antivitamin of Vitamin B1 could be a promising new weapon against these "superbugs."

As the name suggests, antivitamins are substances that specifically work against vitamins, blocking or restricting the activity of these vital molecules. Obviously they aren't something you'd want to be taking too much of, but in some circumstances they could come in handy.

Now, researchers at the University of Göttingen, the Max Planck Institute and Texas A&M have studied a natural antivitamin called 2′-methoxy-thiamine (MTh). This antivitamin is produced by bacteria to kill competing microbes in their environment, and the team wanted to investigate how it worked, with a view towards potentially adapting it into an antibiotic.

Interestingly, MTh only differs from Vitamin B1 by a single atom, so the researchers looked closer to see what it was actually doing. Using high-resolution protein crystallography, the team exposed E. coli to the antivitamin and found that it forces glutamates to bond together, preventing them from becoming catalysts. Essentially, it disrupts the vital "dance of the protons" in the bacteria's proteins.

Immunologists Say the MRNA Vaccine is a 'Big Mistake'...