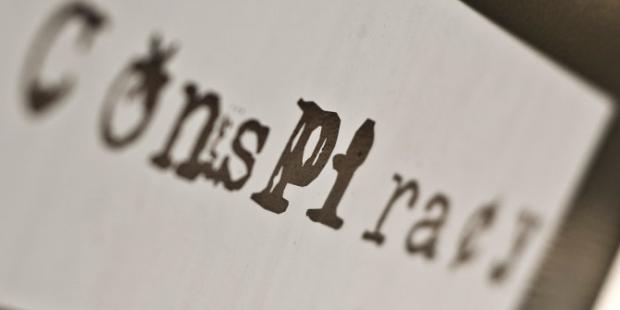 Now, it seems that news outlets have pivoted to making sure the public thinks of a looming cashless society as a "conspiracy theory."

At the height of anxiety over the coronavirus, CNN berated the American people for using cash. "Do NOT take a bunch of cash out of the bank," rang one headline; "Dirty money: The case against using cash during the coronavirus outbreak," read another. CBS News similarly ran an anti-cash story at the time, as did other mainstream networks.

More recent stories, however, have pivoted to feign concern about the growing suspicion of an impending digital coup against paper and coined money. (It's always fascinating to see how the media manipulates emotions, giving us something to be outraged about one day, and trying to calm us down the next day by trying to convince us we're outraged about the wrong thing.)

"It's a concern of some that all money would become traceable, which could be the case, but also could be avoided if systems were designed to provide privacy," USA Today reported. That's a big if. In fact, that's the entire issue at stake, because, as I'll explain, high profile promoters of cashlessness have an interest in gathering private information en masse.

The Associated Press similarly pounced on Facebook posts that reportedly suggested a "conspiracy" was afoot. "Posts circulating widely on Facebook are suggesting that the shortage of coins in the U.S. is a hoax because it doesn't make sense for the currency to have 'disappeared,'" the AP reported. (The literal interpretation of the word "disappeared" was the crux of this supposed fact check. It's possible the journalists writing articles like those are genuinely concerned about the spread of misinformation, but the condescension is palpable and just feels paternalistic.)

Of course, Americans should be concerned about moves away from cash, and there is nothing wrong about questioning who would benefit and who would lose in a cashless society. If that makes you a conspiracy theorist in the eyes of the average journalist, so be it.