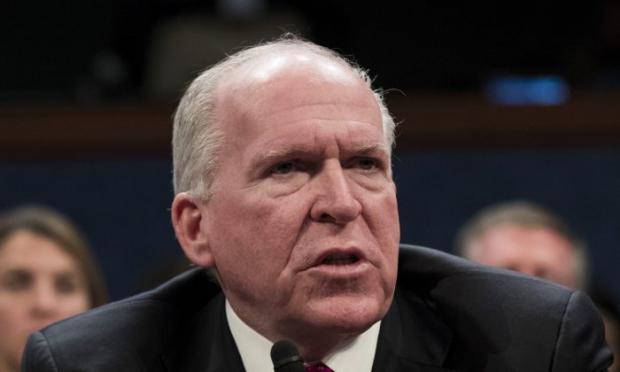 It might all be true.  All I have are opinions on the text and circumstances.

But I also know that the CIA is an institution designed to engage in manipulation using lies and deception — in a good way.  It's how they accomplish their mission in defense of the country.

John Brennan is an embodiment of the CIA — it's all he's ever known.  Its ethos oozes from his pores.

John Brennan wanted to send a message to the world yesterday after he finished his interview with John Durham. Oddly, he chose to do it through Nick Shapiro, and not himself. Nothing about Brennan or his history suggests Shapiro's message needs be credited with being truthful.

There are several reasons to read this message with a "jaundiced eye" and to recognize the ulterior motives for it.

First, it's not Brennan's statement. Shapiro issued the statement to Obama Administration scribe Natasha Bertrand at Politico — guaranteed to dutifully publish anything requested of her by a former Obama era intelligence official now living in fear. Shapiro then posted a string of eight Tweets on Twitter with the same text.

Both are devoid of any words actually spoken by Brennan — there are no quotations — nor is there any support offered for Shapiro's claims by anyone actually in the room, such as Brennan's attorneys.