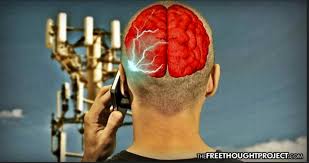 Google has requested authorization from the FCC to test in the 6 GHz band. Related to "providing reliable broadband connections," the specifics are being kept under wraps as the company asks for "confidential treatment" as part of a New Experimental Radio Service License.

Google proposes to conduct experimental propagation testing in the 6 GHz band to produce technical information relevant to the utility of these frequencies for providing reliable broadband connections. In any given area of operation (see Exhibit B), the experimental testing will usually consist of [REDACTED] emitting a constant signal of various bandwidths (including continuous waveform and wider bandwidths to study selective fading) and [REDACTED] measuring the signal characteristics across a wide range of terrain and clutter scenarios, and over various times.

There are many redactions in the public document that was first spotted by Business Insider (via The Verge). Back in April, the FCC opened up 6 GHz spectrum to unlicensed use for Wi-Fi. The first Wi-Fi 6E consumer devices are expected to come later this year.

In requesting confidentiality, Google cites the "highly sensitive and confidential" nature of technology that's "expected to lead to material developments in markets subject to competition from multiple U.S. and non-U.S. third parties."

The release of such information would provide valuable insight into Google's technology innovations and potential business plans and strategies. Public disclosure would jeopardize the value of the technology under examination by enabling others to utilize Google's information to develop similar products in a similar time frame.

Google will make sure the tech coexists with existing networks and notes how the "proposed operations will be less of an interference threat than amateur radio operations." In some cases, the company will avoid outdoor operation. While the specifics are redacted, "testing will be sparse in time and location."

The filing names Andrew Clegg as the technical contact for this filing. Clegg notably is behind Google's efforts in Citizens Broadband Radio Service spectrum sharing.

Google has requested permission to test in 26 cities. The Los Angeles location is notably Google's Venice office, while San Bruno is at the site of YouTube's headquarters.